First, a little background on hemp. Hemp has been cultivated by humans for over 10,000 years. It is grown in many parts of the world, including North America. Hemp plants produce nutritious seeds that are high in protein and have many uses, such as being pressed into a healthy culinary oil. These seeds are also used to make hemp milk, an alternative to dairy milk. Hemp stalks are used for paper and textiles and can supply the base for green building materials and alternative fuel. Hemp is an earth-friendly plant that gives nutrients back to the soil it is planted in, grows densely so herbicide is not needed, and is the perfect rotation crop. In addition, the crop grows rapidly and is ready for harvest in just a few months, making it highly sustainable and renewable.

What is CBD exactly?

The question that we are attempting to answer. CBD also known and Cannibidiol can be derived from both marijuana and hemp plants. It’s the key ingredient in the potentially helpful benefits of cannabis. Learn more at our what is CBD section

What does CBD do in my body?

When we consume CBD, the cannabinoids and terpenes act upon receptors within our bodies’ endocannabinoid system (ECS). This means CBD helps to support our ECS as it controls our responses to pleasure, memory, appetite, sleep, coordination and both sensory and time perception. CBD also attaches to receptors in the brain that are related to Serotonin production, to receptors that are anti-psychoactive, and to various other receptors that help our health.

What are the benefits of CBD?

CBD has been the subject of many peer reviewed medical studies* in regard to various aspects of human health. However, due to DSHEA (Dietary Supplement Health and Education Act of 1994) guidelines, we can’t specifically state conditions CBD may address. We encourage you to do your own research, consult with healthcare providers familiar with CBD, and use PubMed.gov as a resource. Newly published research is continually coming out in real time.

What is the difference between hemp and marijuana?

Just as lemons and oranges are both citrus fruits, hemp and marijuana come from the same plant family, but are different in their genetic makeup, use, and cultivation. Some key differences:

Learn more about the difference between hemp and marijuana

Is CBD from industrial hemp as good as CBD from marijuana?

As far as your body is concerned, CBD is CBD, regardless of whether it comes from marijuana or hemp as the molecules look the same, just as Vitamin C molecules would look the same extracted from oranges or rose hips. It’s important to keep in mind that hemp and marijuana are different subspecies of the same plant, Cannabis sativa L. A defining characteristic that makes hemp different from marijuana is its low volume of THC (<0.3%).

Will I get “high”from CBD Hemp Oil?

You won’t get high from taking CBD hemp oil. It is made from industrial hemp, so it doesn’t contain nearly enough THC for you to experience the “high” associated with marijuana. While there are trace amounts of THC in CBD hemp oil, your body couldn’t physically consume the amount needed to ever get high. We’re talking truckloads. And we’re pretty sure you don’t want to drink that much of ANY oil.

How long does it take for CBD to take effect?

The uptake of CBD depends on several factors such as your current health, your digestion, and the amount (mg) of CBD you take. The best source of info on what to expect in relation to time and effect may come from talking to your healthcare professional, or simply by seeing how your body responds.

What will I notice when I take CBD hemp oil?

That depends on the amount used, frequency and length of use.Your body’s metabolism, weight, and health status all play a role in determining your response to CBD oil. Some people report a quick response, while others report a slower response. We definitely recommend chatting with your healthcare provider if you have any questions about how CBD hemp oil may be working for you.

When is the optimum time to take CBD hemp oil?

That probably depends on your specific situation. As with any supplement, we recommend healthcare professional counseling. Your provider (assuming he or she is familiar with CBD) should be able to provide you with guidance on whether there’s a specific time of day or situation that’s best for you to supplement with CBD hemp oil.

What are the side effects of CBD?

At the present time, we’re not aware of any negative health effects of using CBD oil. That said, it’s always a good idea to discuss your concern for any possible side effects with your healthcare professional.

CBD hemp oil can be extracted from hemp stalks, leaves, seeds and flowers. Unlike hemp seed oil, CBD hemp oil is used specifically to provide the body with additional cannabinoids, primarily CBD. The amount of CBD in CBD hemp oil varies, with some products offering a very limited amount of CBD per servings, and other being quite concentrated. CBD from industrial hemp contains <0.3% THC, so it won’t get you high.

It’s hard to give a short answer to a complex question. Let’s start by making an important distinction: hemp is legal, where as marijuana (in most states)is not.With regard to CBD hemp oil, it isn’t quite so black and white. There are a number of overlapping pieces of legislation –and a lot of opinions –surrounding the legality of CBD. Here’s our current interpretation of the law and the landscape*:

The 2014 Farm Bill (Agricultural Act of 2014) defines industrial hemp as distinct from marijuana and is often cited as evidence that CBD derived from industrial hemp is legal. In actuality, the Farm Bill made it legal to grow, cultivate and market hemp and hemp products as part of a state sanctioned industrial hemp research pilot program.

Not to be confused with the 2014 Farm Bill, the Hemp Farming Bill of 2018 was introduced on the federal level by Senator Mitch McConnell in April and is being referred to as the Dream Bill by hemp advocates. The key reason for this is the bill will legalize hemp–not just stalk and seeds but ALL parts of the cannabis sativa L plant with a concentration of not more than 0.3% THC –on the federal level.The bill specificallyde-schedules all derivatives, extracts, cannabinoids, and seeds of hemp as long as those portions remain below 0.3% THC, which will clear up the confusing grey area we currently navigating.

Is it legal to ship across state lines?

Let’s start with US-grown hemp. We believe that hemp, and hemp-derived products (including CBD) are legal so long as they’re grown under a state-sanctioned Industrial Hemp Pilot Program (IHPP). Those pilot programs were established by section 7606 of the [federal] Agricultural Act of 2014 (aka the 2014 Farm Bill).

Is CBD safe for dogs and cats?

There hasn’t been all that much research into this, and we know it’s becoming a bit of a craze.

If you’re going to give your dog CBD, make sure it’s an animal product — CBD manufactured for people may have added ingredients that are unhealthy for dogs. Don’t give dogs products containing THC, which can make them sick.

We also suggest visiting our friends over at FluentWoof and take a deep dive in their article on CBD oil for dogs.

Learn How to Grow Cannabis at Home: A Beginners Guide to Growing Marijuana from Seed to Flower

What characteristics differ between Hemp and Marijuana plants? 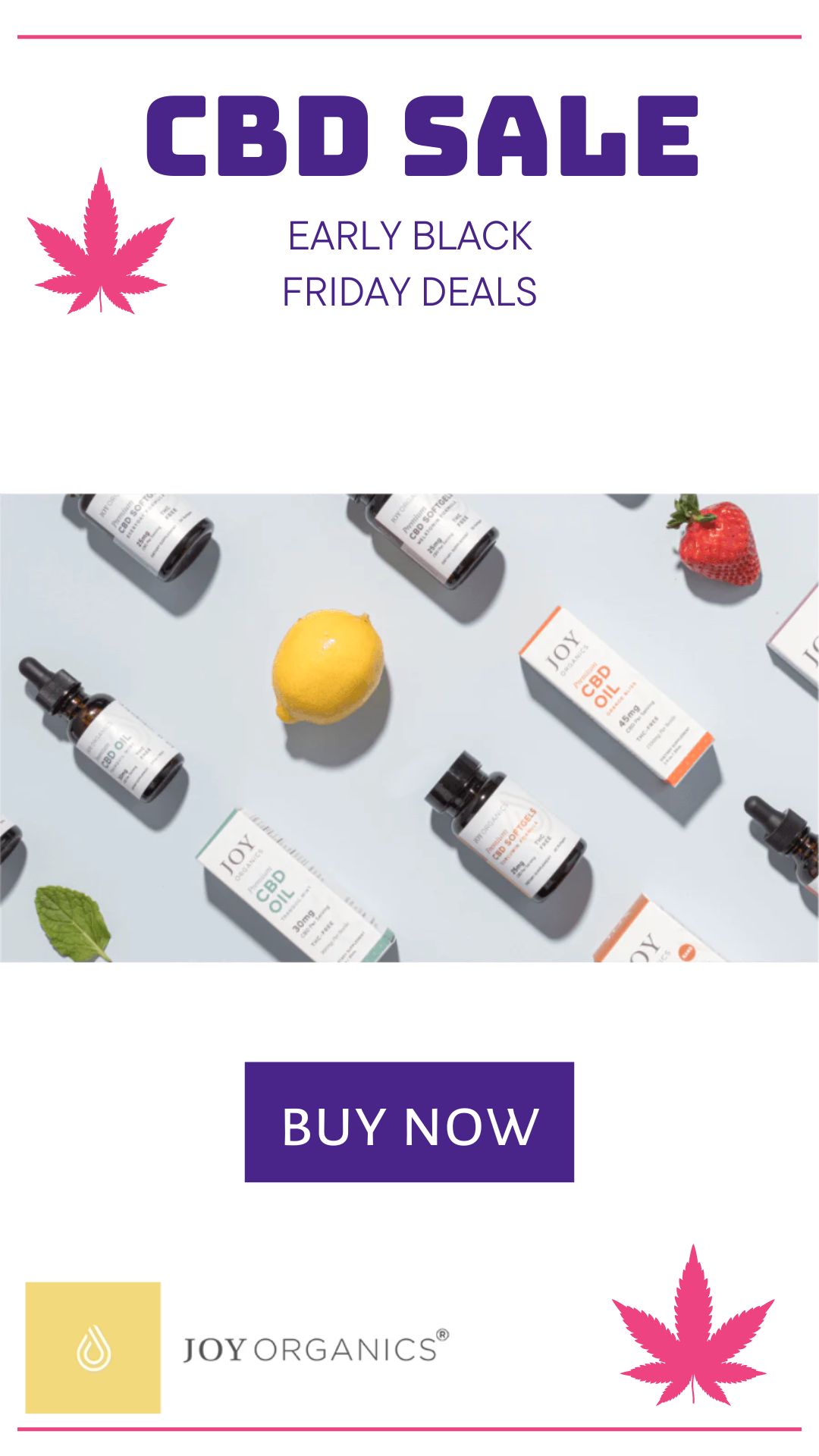 Last Updated on October 6, 2022 by bethehippy