If you’ve stumbled upon this site, you have, more than likely, heard the amazing benefits and positive reviews of Cannabidiol (CBD). It’s A-OK to be a bit skeptical and have a curious tickle you need to scratch. We are right there with you. That is why we plan to dig into the CBD benefits, science and current research.

Our promise to you is an attempt to spice this section up because, boy-howdy, it’s going to be a bit scientifically-boring.

So far, we’ve discovered two primary camps tracking the CBD world. Camp 1, it’s a miracle drug; and camp 2, it’s snake oil. We prefer to sit in the, “let’s try it and keep an eye on the benefits” camp – yes, we’ve found some anecdotal evidence in our small team experiments that prove to us it’s worth exploring. Let’s see if we can steer a little closer to the truthful camp, whichever that may be.

The game plan of this article, in alignment with our mission, is to keep tabs on general Cannabis science and health perks while also presenting data and research results for all these amazing, and soon to be exposed, benefits.

Come back often as we intend to keep it up to date, refined and darn right pretty. Soon we should know if CBD does have actual benefits with facts, research and science backing it up.

“Simply put, and politics aside, marijuana is the single most medicinally valuable plant that has ever existed.” – Michael H. Moskowitz, MD, in CBD: A Patient’s Guide to Medicinal Cannabis

I promise not to overuse the word, “new.” I will, however, bust out the thesaurus to find words that are similar because the newness of Cannabis is why our understanding and research is limited.

What is with the boon in CBD-infused products? From low-cal bubble water to hand cream, CBD is becoming more prominent. It’s only been a few years of adoption, but you can find products everywhere. So why do so many styles of products all work? ECS is the answer.

Endogenous cannabinoid system (endocannabinoid system, or ECS) is the regulator that allows cannabis and hemp to interact with your body. 1992 was the year we discovered this bodily system, that leaves limited years of medical research and a slew of information to uncover. What we do know, the ECS is it innate to our biological system which bridges multiple physiological locations and impacts basic functions like eating, sleeping, relaxing, immunity and memory formation.

A Look at Today’s State of Research

Pre-clinical trials are looking promising for many of the benefits we read about daily. There is a gap of knowledge still yet to be discovered and deeper studies resulting in clinical trials and solid results.

It’s important for us to understand that pre-clinical represent tests done before human trials, while clinical trials represent the gold standard in human testing. A lot of our initial knowledge and discoveries are in the pre-clinical trials and looking to move into the next stages. Damn you class 1 narcotics rules!

You’ll find most of the benefits are preceded with the consicious use of the word “potential.” Why you may ask? Wellp, first, the science supporting CBDs’ curative uses are still just being discovered, while we also acknowledge CBD’s quick jump in popularity is also still new. Although it appears we are quick to acknowledge the benefits of cannabinoids, the early reports (around twenty thousand reports at the time of this article) are just breaking the surface of what we will soon discover.

List of CBD Benefits and Any Science Behind the Claim

Currently we have only found clinical, AKA animal studies, that are bringing to light improved EQ/social behavior and a decrease in hyperactivity. Attention span has not been found to increase or decrease with use. Will need clinical as animals are not always perfect examples.

‘Pretreatment with the phytocannabinoid cannabidiol (3 mg/kg) not only normalised social investigative behaviour but increased it beyond control levels…Both cannabidiol and clozapine inhibited MK-801-induced hyperactivity. However, there were no effects of pretreatment on impairments to attention span. Our findings reinforce several aspects of the validity of the MK-801-induced model of social withdrawal and hyperactivity and also support the use of this novel set-up for further investigations to assess the antipsychotic potential of novel compounds.’

Anxiety is one that has had more research than most, and beginning to hear a lot of anecdotal evidence as well. With cannabidiol’s ability to block certain receptors, CBD was able to correct anxiety by limiting the memory of fear and fear during the scenario.

Pain: There have been a handful of clinical trials showing a little support with helping chronic pain with some cannabinoids. Take a deeper look, there appears to be some results on the harmful and negative side-effects which may outweigh the benefits. We are looking for new more thorough trials needed.

First, we discovered a Cochrane review concluded: ‘All cannabis based medicines pooled together were better than placebo for the outcomes substantial and moderate pain relief and global+M18 improvement. All cannabis based medicines pooled together were better than placebo in reducing pain intensity, sleep problems and psychological distress’, but pointed out the evidence was low-to-moderate quality. We also found contrasting evidence, pointing to better results. We like to find larger sample sizes, this one counting in at 18 but following a randomized trail for unbiased results. They stated more clearly: ‘this systematic review of 18 recent good quality randomized trials demonstrates that cannabinoids are a modestly effective and safe treatment option for chronic non-cancer (predominantly neuropathic) pain. Given the prevalence of chronic pain, its impact on function and the paucity of effective therapeutic interventions, additional treatment options are urgently needed. More large scale trials of longer duration reporting on pain and level of function are required.’

Headache: Anecdotal at this point. Some early studies are finding success, but correlation may be at play. Like almost all benefits, we need large, high quality studies are lacking.

Supporting literature suggests a role for medicinal cannabis and cannabinoids in several types of headache disorders including migraine and cluster headache, although it is primarily limited to case based, anecdotal, or laboratory-based scientific research…Cannabinoids appear to modulate and interact at many pathways inherent to migraine, triptan mechanisms ofaction, and opiate pathways, suggesting potential synergistic or similar benefits…Despite the limited evidence and research suggesting a role for cannabis and cannabinoids in some headache disorders, randomized clinical trials are lacking and necessary for confirmation and further evaluation.’

More research and science coming soon to answer if CBD has actually has benefits for humanity.

What is Delta-8 THC

What is CBD (Cannabidiol)? 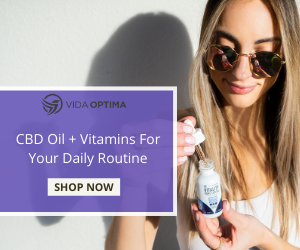