Did you know that CBD oil can be made from either marijuana or hemp?

It’s true. The main difference is in the levels of THC found in the finished product. CBD products made from industrial hemp must contain less than 0.3 percent THC—meaning there’s no chance of getting high when using it.

Cannabidiol(CBD) is a chemical compound that comes from the hemp plant. It is one of over 85 unique compounds found in hemp, known as cannabinoids. While its exact benefits and effects are still being researched, it is interesting to note that the United States Department of Health and Human Services holds a patent titled ‘Cannabinoids as Antioxidants and Neuroprotectants’, which claims that:

“Nonpsychoactivecannabinoids, such as cannabidiol, are particularly advantageous to use because they avoid toxicity that is encountered with psychoactive cannabinoids at high doses useful in the method of the present invention.”

Cannabinoids, which can be either consumed (phytocannabinoids) or produced naturally by the body (endocannabinoid), are chemical compounds that interact with the body’s central regulatory system (the endocannabinoid system). This system is known to manage homeostasis and affect bodily processes such as appetite, mood and sleep.

Learn How to Grow Cannabis at Home: A Beginners Guide to Growing Marijuana from Seed to Flower 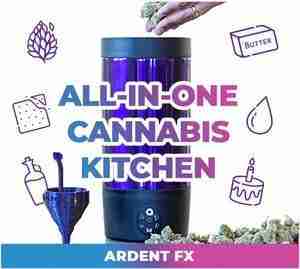